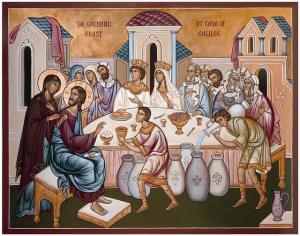 On the third day there was a wedding in Cana of Galilee, and the mother of Jesus was there. Jesus and his disciples had also been invited to the wedding. When the wine gave out, the mother of Jesus said to him, “They have no wine.” And Jesus said to her, “Woman, what concern is that to you and to me? My hour has not yet come.” His mother said to the servants, “Do whatever he tells you.”  John 2: 1-5.

I absolutely love the story of the Wedding at Cana in the Gospel of St. John.  Among other things, I love the apparent reluctance of Jesus to begin his public ministry with this first miracle.  It’s as though Christ hesitated to begin the process of revealing his true nature to the world.  He tells Mary, “My hour has not yet come.”  And within the subtext of the story, we can almost see the Holy Mother nudging Jesus and whispering in his ear, “Don’t you think it’s time?” 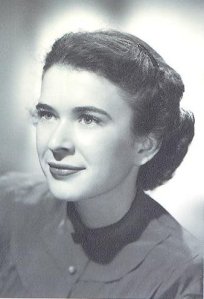 I love this story, in part, because I had a mother like that.  Anne Dell Dennis died seven years ago tomorrow, on October 31, 2004.  At her funeral service, the priest remarked  that she died on the Eve of All Saints Day, and her funeral mass was said on All Souls Day.  Anyone who thinks that was a coincidence did not understand my mother’s life very well.

My mother came from a very long line of Irish Catholic women who attended Daily Mass because . . . well, because that’s just what they did.  She and my father did not always see eye to eye (a trait I happened to share with my father).  My mother was a force of nature:  faithful,  obstinate, charitable, and immovable.

At her gravesite, my brother Sean Michael observed that she and my father were like two tectonic plates.  Their collision, while not always fun to watch, generally produced some pretty spectacular results.

One of the most important lessons my mother taught me was that our generosity with God’s children bears directly on our relationship with the Almighty. The authentic Christian life must be lived charitably.  She also taught me that  our faith, our relationship with God, is a terribly important matter.  During my fairly lengthy periods of indifference toward the Church, my mother regularly suggested, “Don’t you think it’s time?”

So, for every mother who has nudged, prodded, cajoled, and even nagged her children into taking their spiritual life a bit more seriously:   Well done, and thanks.

This entry was posted in Uncategorized and tagged All Saints Day, All Souls Day, Christianity, Mary, Mothers, Theotokos, Wedding at Cana. Bookmark the permalink.