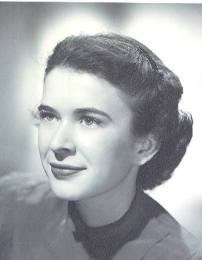 All in the crowd were trying to touch him, for power came out from him and healed all of them.

In the name of the living God, who creates, redeems, and sustains us.

But there we were, in our living room which was scattered with torn wrapping paper, stockings full of candy and our Christmas gifts, and one of us (again I’m afraid it might have been me), complained and grumbled about the unfairness of it all.

And without any explanation, my mother packed all four of us into the station wagon. And we drove for a good while, and as I remember the dawn was just beginning to break. And my mother drove us to the poor side of Odessa, where people literally lived in ramshackle houses built with discarded cinder blocks, two by fours, cardboard and black plastic lining the roofs. And my brothers and I stared out the window with wide eyes, because we didn’t know people actually lived like that. (It would be many years before I knew that people actually lived in much worse circumstances.) I saw people who surely didn’t have enough to eat, or clean water. And my mother didn’t say a word.

That morning, my mother gave me a beautiful, generous, terrible blessing. And I think of it every time Christmas rolls around, and often when I see a homeless person, or meet someone who’s down on their luck, or seems to be a little less kind or less educated than the people I like to consider my friends. My mother gave me a blessing; she opened my eyes to the world around me, to a world which is not always gentle or generous or fun. As John Newton wrote, I was blind and now I see. And I learned that a blessing is not always a happy event; it doesn’t always make you proud, and it doesn’t always feel like a kindness.

So, we should probably talk about this morning’s gospel, which scholars refer to as the Sermon on the Plain. It’s worth setting the scene. This story takes place fairly early in Luke’s gospel; Jesus has just called his twelve disciples. And he’s been up, praying on the mountain, and comes down to a level place, a plain, and a crowd has gathered.

So, one of the things we know about Luke’s gospel is that it is profoundly Greek. Luke’s Greek is the most elegant of the four gospels, and he often uses references to Greek literature. And in Greek literature, we know that the gods dwelt on Mount Olympus, and came down to the earth to interact with humanity. So, it’s probably not a coincidence that Luke’s Jesus goes to the mountain to be with God, and comes down to the plain to meet the people.

Luke’s gospel is also probably the most inclusive of the four Gospels. By this, I mean that everyone is within the circle of holiness. In Luke, Jesus reaches out to lepers, the lame, the blind, the tax collectors. Luke’s gospel pays particular attention to women, and to Gentiles. We find that in today’s text, because Luke notes that people came from “all Judea, Jerusalem, and the coast of Tyre and Sidon.” So, when Luke says they came from Tyre and Sidon—that’s Gentile country.

As Jesus begins to preach he describes the poor, the hungry, the outcasts, and the broken-hearted as “blessed.” Now, in the original Greek that word is makarios. It was first used to describe the gods, the immortals who lived lives without worries, or work, or even fear of death. Later on, makarios came to encompass the elite, those whose riches and power put them beyond the everyday cares and the strife of most people’s lives.

Moreover, while Jesus announces that these people will share in a reward later, he says they are already “blessed.” That pronouncement is in the present tense. Most of us probably overlook just how radical and revolutionary Jesus’ sermon would have seemed. I think anyone looking at that rag-tag, dirty, collection of the detritus of the Roman empire would have found the suggestion that they were the “blessed” preposterous, irresponsible, and a little bit silly. Why, that’s crazy talk.

And then, in the second half of Jesus’ sermon, it gets even worse. You know, I sometimes hear people say they just love the sayings of Jesus, especially the Beatitudes. I don’t love them; they keep me awake at night. Because when I hear about the people that Jesus says are in trouble—the wealthy, those who aren’t hungry, those whom people speak well of, those who are laughing—well, I think I might be in that group. And all those characteristics—those are most of the things that most of us would think make up a happy life. And Jesus says those are the people who are in trouble. That’s crazy talk.

So, what’s going on here? Well, I think there are at least a couple of things. First, let’s look at the people Jesus calls “blessed”—the poor, the hungry, the outcasts, and the broken hearted. Now, I want you to remember back to the Gospel three weeks ago, when Jesus was preaching his first sermon back in his hometown of Nazareth. And he quoted from the prophet Isaiah and announced that he was there to bring good news to the poor, sight to the blind, and break the chains of the captives and to free those who were oppressed. Well, those are the very people he’s talking about this morning, and calling them “blessed.”

Now, Jesus wasn’t romanticizing the poor. He knew these people; he knew that their lives were short, brutish and full of struggle and pain. But I think Jesus could see something that we can’t.

I think Jesus could see that beneath this world we live in, there’s an invisible structure that created it, that holds it up and sustains it. I think Jesus knew about this invisible architecture of God’s love that surrounds these people: the God in whom we live and move and have our being. And in that world, these people are the “blessed” ones.
And it was that unseen fabric that blest that petulant selfish boy one Christmas morning and put him in the car and took him for a drive and urged him: “Wake up! Look at the world around you! Pay attention here, because this is what’s important!”

So, this morning’s Gospel tells us that power came out of Jesus and healed everyone in the crowd that day. And maybe Jesus really laid hands on them and healed every one of them. Or maybe, just maybe, this sermon, this announcement of their blessedness is what actually healed them.

You know, the Church has told me that I can teach and preach, and I wear these robes and this Cross. But every now and then, I still run into that angry little boy from Odessa. And he’s still muttering and grumbling, mired in his self-centered little world. And I’m always surprised when he shows up because I thought he’d be smarter by now, that he’d be further along on his journey. But maybe someday this invisible current of God’s love and grace will heal him, too. God knows he needs it. God knows we all do. God knows.